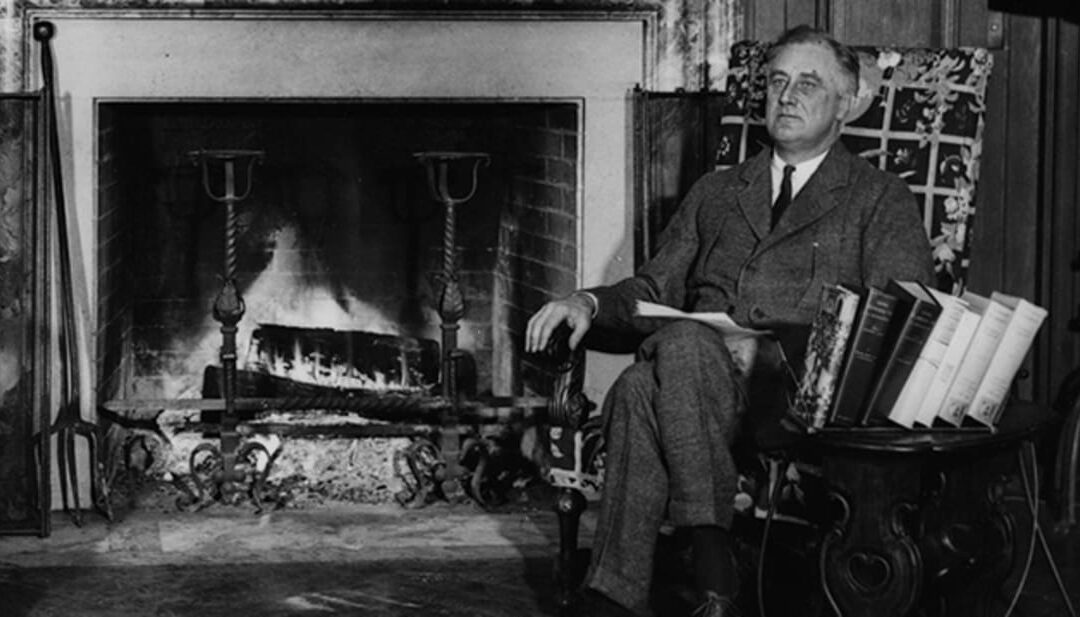 Most leaders use the latest available technologies to communicate with their audiences.

President Donald Trump chose a social media platform as a tool to circumvent traditional media to communicate with the masses. Twitter, however, ultimately elected not to allow itself to be a platform for the president at the end of his administration.

President Franklin Delano Roosevelt seized on the golden age of radio and began his famous fireside chats during his first term in office. His radio addresses, which began this day, March 12, 1933, helped soothe the nation during the Great Depression and then World War II.

Jesus also used an available technology of the day in sharing the Good News. When the crowds gathered at the shore, our Lord got into a boat and addressed the whole crowd who remained beside the sea on the land (Matthew 13:2/Mark 4:1). Sound is amplified traveling over water.

Matthew and Mark, as well as fellow Evangelists Luke and John, used the written word to share their Gospel messages with the world. We continue to communicate the Word through these sacred writings.

We began our Lenten season with an Ash Wednesday Gospel message from our Lord encouraging us to communicate in divine technology – prayer. “Go into your room and shut the door and pray to your Father…(Matthew 6:6).”

On the 4th Sunday in Lent, Sunday, March 14th, we are invited to listen in on what is technically a conversation between two leaders, Jesus and a Pharisee named Nicodemus. Join us as we hear the intimacy of the spoken word. Our indoor worship is at 9:15 AM and, if you prefer more technology, at 10:30 AM for radio transmission on 100.1 FM at our outdoor drive-in service.