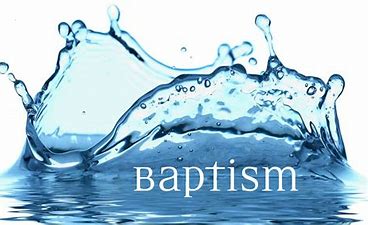 The Gospel of Matthew concludes with the Great Commission. In these words, Jesus commands his disciples to “Go therefore and make disciples of all nations, baptizing them in the name of the Father and of the Son and of the Holy Spirit, and teaching them everything I have commanded you.”  Following the Gospels, the Book of Acts includes examples of the early church adhering to Jesus’ command. One such example is Philip baptizing the Ethiopian eunuch. Many of Paul’s letters also have references to baptisms.

The New Testament’s first mention of baptisms are those performed by John the Baptist in each of the four Gospels. The term “baptism” is not used in the Hebrew scriptures, but its use and meaning closely resemble the act of immersion in purity baths. In John’s cleansing ritual, he calls his followers to repent from their sinful ways. Baptism was the central sacrament in his messianic movement.

Outside of the canonical books of the Bible, the earliest known writings referring to baptism was the Didache, also known as the Lord’s Teaching Through the Twelve Apostles to the Nations. This document is the oldest surviving catechism, which includes instruction on the ritual of baptism. The Apostles Creed is also a document that the church initially used for baptisms, and we still use it as confessional statements during the sacrament.

The evolution of baptism has changed over time, with many faith denominations moving away from total immersion to pouring. The church began including catechumen instruction as a primer for the sacrament by the fourth century. During the Reformation, Martin Luther and his followers contended baptism remained a sacrament while those following Swiss reformer Huldrych Zwingli considered baptism as symbolic. The anabaptists disavowed child baptisms.

Regardless of the differing views on baptism today, scripture tells us Jesus was baptized at the beginning of his ministry. On this Sunday, January 9, we celebrate the Baptism of Our Lord. We invite you to join us for worship as we commemorate this special event at our 9:00 AM spoken half-hour liturgy or our traditional 10:00 AM liturgy, which will include the Sacrament of Holy Baptism.