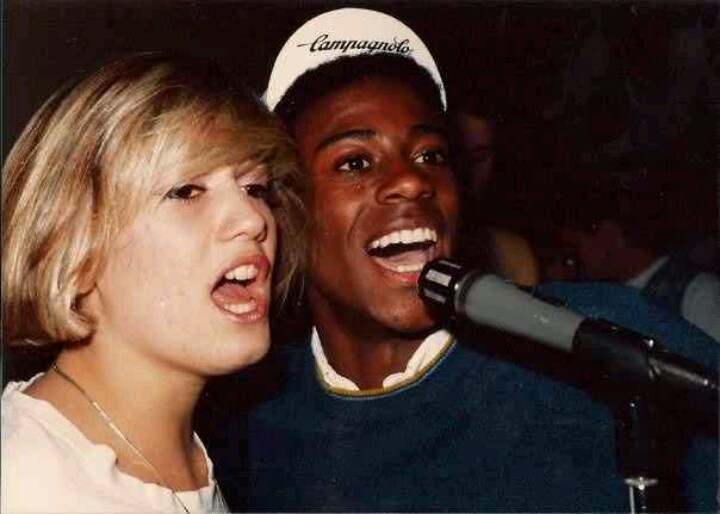 John Spence’s favorite expression was “no doubt.” He also had an ambition that he undoubtedly wanted to achieve. John wanted to form a band. He successfully did so, serving as its lead vocalist and front man, joined by keyboardist Eric Stefani. Eric persuaded his 17-year-old sister Gwen to join them to sing background vocals.

The start-up band decided to name itself after John’s favorite expression. No Doubt instantly became a popular attraction in the southern California community during the late 1980s. The band’s musical talents along with Spence’s onstage backflips and other antics drew much attention. They were poised for rising success. But, sadly, days before they were booked to play a big industry gig at the famous Roxy Theatre in Hollywood, Spence, at the age of 18, committed suicide. His bandmates were devastated and believed the pressure of success was a partial cause leading to John’s demise. His death preceded the band’s recording of any albums.

Gwen Stefani stepped up to take over No Doubt’s lead vocals, and the band ultimately achieved superstar status in the rock industry. There is no doubt the band was one of the most iconic of its time.

No Doubt may have been Spence’s favorite expression, but as we know, doubting has been a human experience forever. The most famous doubter was a follower of Jesus, the Apostle Thomas. This Sunday, April 11th, the Second Sunday of Easter there is no doubt the Gospel message in most churches will share the famous story of Doubting Thomas. We undoubtedly will share Jesus’s resurrection appearance before the disciples at our 9:15 AM (indoor) and 10:30 AM (outdoor drive-in) worship services. Join us.