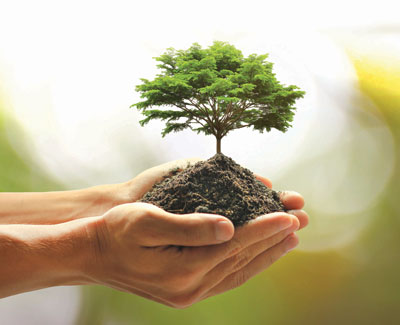 Many will recall childhood stories about the legend of Johnnie Appleseed randomly scattering seeds wherever he went. The tales began while John Chapman – Johnnie Appleseed’s real name – was still alive.

In truth, Chapman did not haphazardly drop seeds during his excursions. Born in Massachusetts in 1774, he did, though, live a somewhat nomadic life, fueled in large part by his calling as a missionary. He planted the Word of God as well as tree saplings. At age 31, he took up an apprenticeship as an orchardist under a mentor who had apple trees, which inspired his life’s passion for planting trees. The pioneer nurseryman then went on to introduce apple trees to large parts of Pennsylvania, Ontario, Ohio, Indiana, and Illinois. His vocational activity included establishing nurseries, not orchards, in which the young saplings were sold to interested customers. Tossing seeds wherever he went is simply a myth.

Johnnie Appleseed, nonetheless, played a substantial role in our nation’s horticultural industry. So did another gentleman whose name may not be as familiar. Moving farther west and about three decades after John Chapman/Johnnie Appleseed passed away, in 1872, another tree enthusiast, J. Sterling Morton, helped plant a new conservation movement. A newspaper editor, Morton proposed a tree-planting “Arbor Day” holiday to the Nebraska state board of agriculture. Prizes were awarded to counties and individuals who planted the largest number of trees on that day. It is estimated that over one million trees were planted on April 10, 1872, the first official “Arbor Day.”

Arbor Day is now recognized in almost all states on the last day of April, which is today. Therefore, in addition to wishing you a happy Arbor Day, we suggest you consider planting a sapling somewhere to help foster God’s creation. Better yet, allow the Word of God to be planted in your hearts in honor of John Chapman’s true missionary calling.

We also invite the apple to draw your attention to another fruit of God’s creation. Transition your thoughts from trees to vines and branches. Enter the vineyard, and let us plant a seed. This Sunday, May 2, our Gospel focuses on Jesus the True Vine. Join us for our 9:15 AM (indoor) or 10:30 AM (outdoor drive-in) worship service.