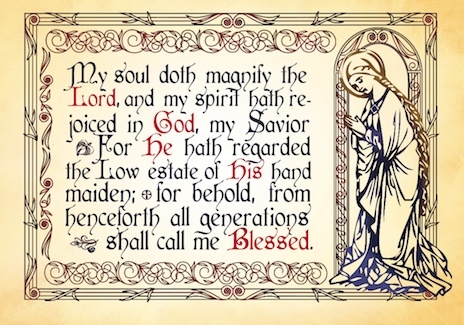 Whenever public leaders go astray from focusing on their primary responsibilities, there is a good chance an advocate will prophesize to them in corrective ways. While doing so, they may even present a tangible item to illustrate their point.

During the Watergate hearings, Senator Sam Ervin of North Carolina, the committee’s chair, made a dramatic visual statement by whipping out a pocket constitution to remind all the governing principles of the land. The pocket constitution, which usually includes the Declaration of Independence, is often kept by politicians on their person. Robert C. Byrd of West Virginia, the nation’s longest-serving senator, famously carried one at all times.

Long before our nation’s founding, a symbolic instrument was presented to Prince John Frederick, the Duke of Saxony. Martin Luther gave the ruler his commentary on the Magnificat, which he wrote in 1521. Luther believed the words of the Magnificat were guiding standards for all rulers in the proper use of their powers. He wrote, “Now I do not know in all the Scriptures anything that so well serves such a purpose as this sacred hymn of the most blessed Mother of God, which ought indeed to be learned and kept in mind by all who would rule well and be helpful lords.”

It may be reassuring knowing our governmental officials keep copies of our precious constitution in their pockets, but how much more comforting it would be for them to hold the Magnificat in their hearts!

This Sunday, August 15, is the festival of Mary, Mother of our Lord.  In commemoration of this day, we invite you to ponder the Prayer of Mary, the Magnificat (Luke 1:46-55). We also welcome you to join us for worship at our 9:15 AM (indoors) and 10:30 AM (outdoor drive-in) liturgies.