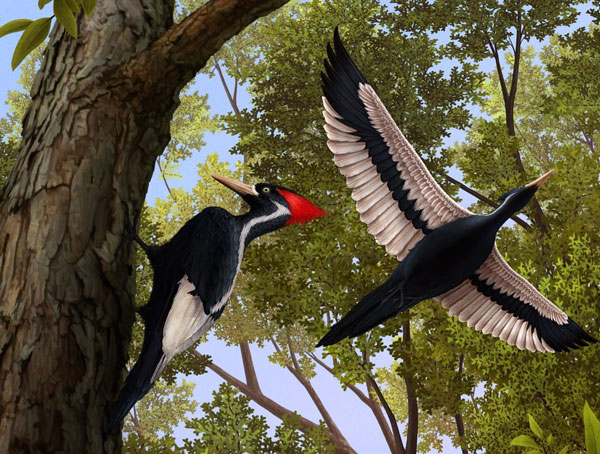 The Ivory-billed Woodpecker has flown the coop. Forever.

On Wednesday, the U.S. Fish and Wildlife Service said 23 species – 11 birds, eight freshwater mussels, two fish, a bat, and a plant – are now extinct. As a result, the agency removed them from the endangered species list.

The Ivory-billed Woodpecker and the other 22 species declared gone didn’t just disappear during the last year. Naturalists have not seen this woodpecker since 1944, last spotted in Louisiana, and the agency listed the bird as endangered in 1967. The other species have had similar backgrounds.

In 1973, Congress passed the “Endangered Species Act” as a tool to help protect the survival of many of God’s creatures. Many credit the program with success, pointing to recovering populations allowing 55 species to exit the endangered list and 48 redefined from endangered to threatened. Sadly, before Wednesday’s announcement, 11 species were previously declared extinct, and now the list is expanded.

As stewards of God’s creation, we grieve the loss of the companions who share our world. Yet, we celebrate with those who remain closest to us, especially our pets. In our country, 62% of households have a pet. The dog is “man’s best friend,” with  43.6 million households being members of the family. Cats, however, outnumber dogs in fewer households, 38.9 million, since “cat people” tend to have more than one. Fish, birds, and rabbits are the runner-up favorite pets in this nation.

This Sunday, October 3rd, we will commemorate St. Francis of Assisi, a renowned patron of animals, and hold a “Blessing of Animals” as part of our outdoor 10:30 AM liturgy. Will you accept our invitation to join us and bring along your favorite feathered, furry, or scaled friend with you? We also invite you to attend our indoor 9:15 AM spoken liturgy.