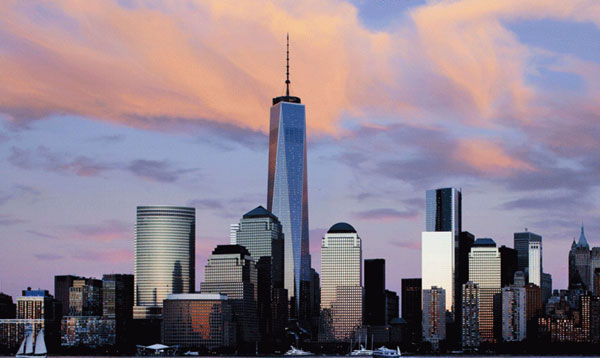 Have you ever wondered who makes decisions? Who gives a person or organization the authority to render standards for society?

As an example, who decides how we rank the heights of buildings in our country? Believe it or not, there is a nonprofit organization in existence whose purpose is measuring skyscrapers. The Council on Tall Buildings and Urban Habitat (CTBUH), founded in 1969, is based in Chicago, IL. According to recent IRS filings, the group’s total assets are over $11 million. That’s a lot of money to buy tape measures.

On this day in 2013, the CTBUH’s Height Committee made a controversial decision. The rule-makers decided the 408-foot needle on top of the new World Trade Center building, also known as the Freedom Tower, counted towards the building’s overall height. That decision made the New York structure the largest in the Western Hemisphere, toppling the former tallest, the Willis Tower (formerly named the Sears Tower) in Chicago.

Long before the CTBUH came into existence, people were impressed with the majestic buildings. There may not have been committees or organizations ranking the structures, but wealthy leaders built dwellings to honor their gods or themselves. In Jerusalem, King Solomon’s legacy includes the construction of the Temple. It was the most magnificent structure in the region, arguably more so after its reconstruction following the Babylonian Exile.

This Sunday, November 14, the assigned Gospel message, Mark 13:1-8, tells us how the disciples are impressed with the large stones and buildings as they come out of the Temple. Then, Jesus foretells the destruction of the Temple. Will you join us for worship at either 9:15 AM or 10:30 AM this Sunday?  Our Lord will render a decision, guaranteeing that your presence with the Holy Spirit will heighten your day.